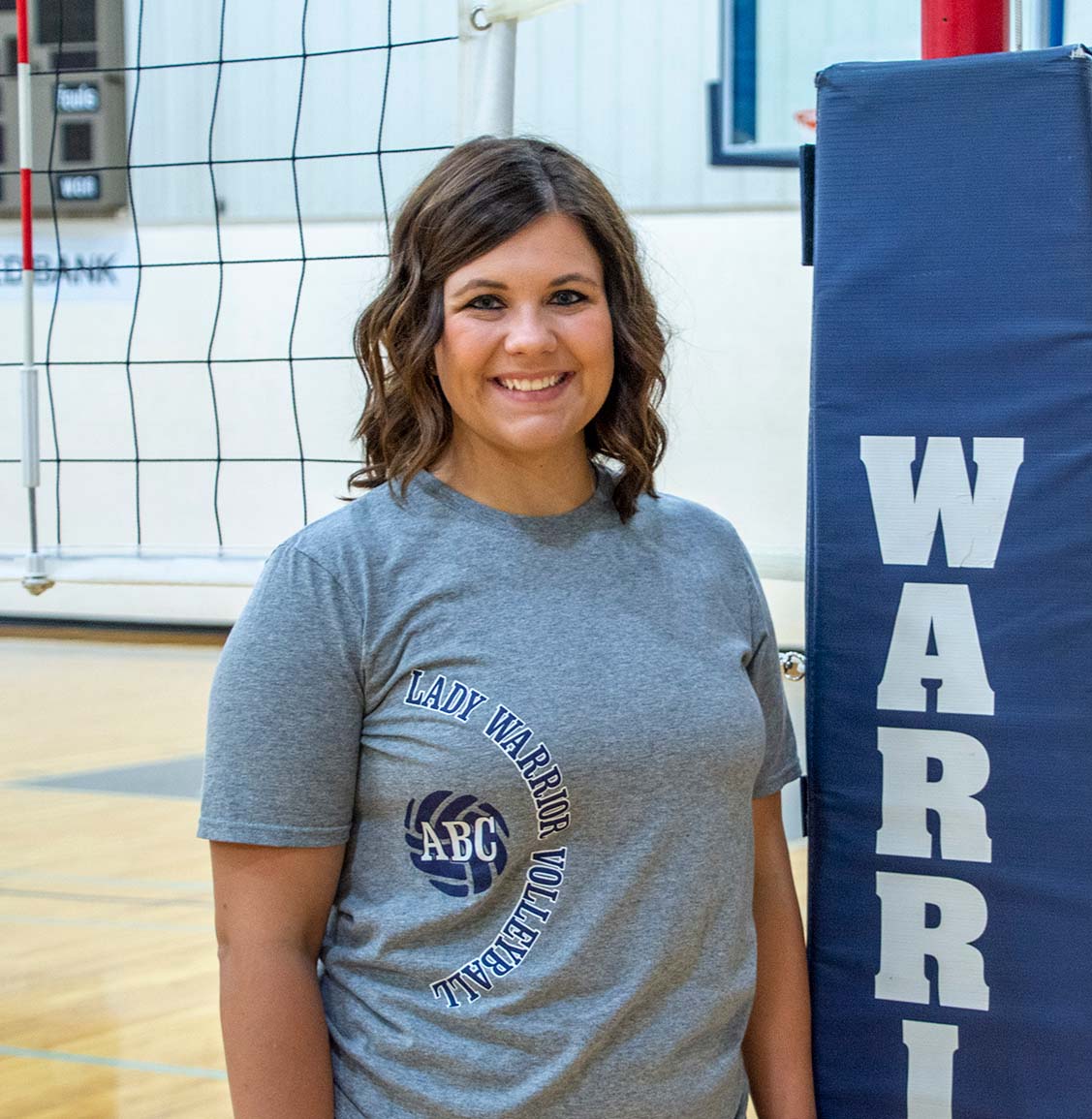 Micailah Davis graduated from Appalachian Bible College in 2017. She has been playing volleyball since 2007 and was the starting setter during the three years of her college career. Before returning to ABC in January 2022, she coached high school volleyball for five years.

Coach Davis desires not only to see each player improve her game, but also to use the lessons she learns on the court to become a better person and Christian. It is Coach Davis’s passion to invest in her players’ lives far beyond the volleyball court.

According to Coach Davis, the game of volleyball is a perfect illustration of the Christian’s role in the church. Each player must do her individual job on the court in order for the whole team to succeed, just as each Chrstian uses individual gifts within the Body of Christ.

Seeing the team grow closer to Christ, having them develop discipline on and off the court, building team unity, and persevering and improving throughout the season: these are the goals that Coach Davis has for the Lady Warriors.

Coach Davis and her husband, Andrew, serve as missionaries with Appalachian Bible Fellowship. They have three sons and a daughter.